Stanardsville Area Revitalization (*STAR*) is dedicated to restoring economic vitality in Greene’s historic county seat, through physical improvements and by attracting new business and housing in and around the Town.  With grant funds awarded by VDOT, it is spearheading a major revitalization project to upgrade the safety of sidewalks and crosswalks in the Town and enhance the attractiveness of Main Street.  Phase I of those streetscape improvements was completed at the end of 2013, and the Town was awarded additional grant funds for Phase II to extend the new sidewalk network at either end of the business district.  Construction of Phase II has been delayed for several reasons, but is now expected to begin in early 2020.  *STAR* is also managing implementation of the Town’s one million grant award from the Department of Housing and Community Development for facade improvements to historic buildings on Main Street, as well as the William Mills House on the hill behind the Library, apartment upgrades, and construction of a farmers market pavilion and performance stage behind the County Administration building.

*STAR* also helps promote local businesses by assisting the Town on such issues as restricting through tractor-trailer traffic on Main Street and easing stringent VDOT regulations that discourage local businesses from advertising on highway signs.  The  organization is also involved in many community activities to build community spirit, promote safety for residents and visitors, and encourage continued support of its efforts to restore the area’s economic health.

*STAR*’s Board of Directors includes local business owners, members of the public, and representatives of the Town of Stanardsville, Greene County, the Chamber of Commerce, the Economic Development Authority, and the Greene County Historical Society. Roy Dye, Executive Director of *STAR*, can be reached at 434-409-5796 or roydye111@gmail.com.

Our goal is to help Stanardsville attract interesting specialty shops, restaurants, service businesses, cultural facilities and other attractions, to both serve the local community and encourage tourists to visit the Stanardsville area, gateway to the Blue Ridge and centrally located to many tourist attractions 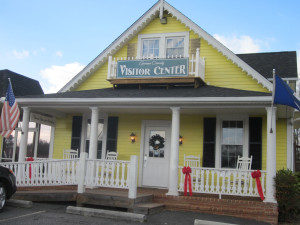 The Board of Directors of Stanardsville Area Revitalization includes four directors elected by the membership; six directors appointed by local government and nonprofit organizations; and three directors who chair standing committees.  There are two vacancies.